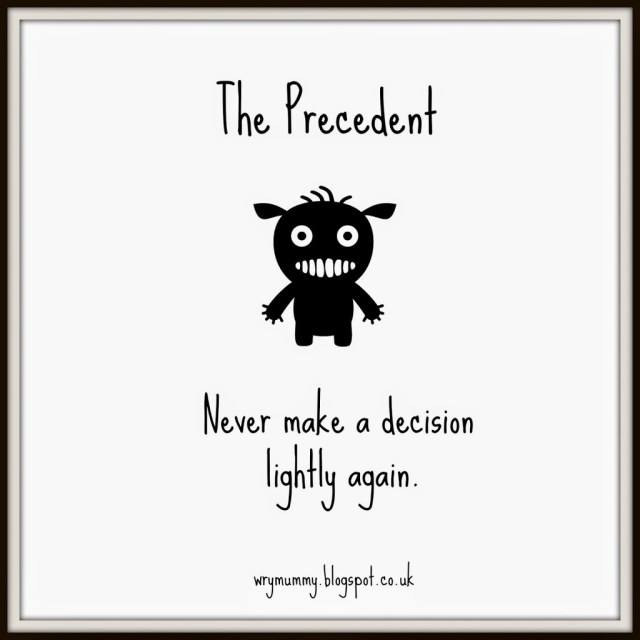 “You let us yesterday,” my sons argued, as I yelled at them for making a barricade on the stairs using all the bedding in the house. “I know, but that was a one-off!” I answered. But it was too late. They’d already gone off to ransack the towel chest. I was left to wonder, Can I not let them do one single thing without them seeing it as a green light for all future occurrences? Must I always live in the shadow of the dreaded Precedent?
It’s not just Stairgate. It’s loads of things. The fear of setting a precedent grips me at every turn.
Should I never let them:
Of course I should. And I do. It’s natural to indulge your children, it’s your right and your choice as their mother, and there’s nothing wrong with it. Anyway, you tell yourself, it takes three days to form a habit…
Right?
Not with kids it doesn’t. Their vice-like little minds seize on the slightest weakness and play it right back at you to their advantage. They liked cuddling with you all night when they were a bit poorly – so why not tonight, just because?
With children, once is enough to set a precedent.
Where there’s a way, there’s a child
Basically, I’m at the sharp end of the human’s natural instinct to survive, thrive and beat their mother into submission. While the child is out for all he can get, the parent must try and drive their expectations and behaviour into acceptable channels. And think not just of the immediate consequences, but of the far-off ones:
It’s exhausting.
Obviously, there is a balance between setting boundaries and responding to the child in hand.
But just as you strike it, thinking you’ve scored a victory and held back from setting a precedent of, say, letting them eat popcorn in the bath, they play their trump card:
“Daddy lets us do it.”
It makes you want to drink at teatime.
Now that’s a precedent I don’t mind setting.
Like me on Facebook!
If you liked this, you might like:
Knee-High Ninjas – How Babies Get You Where It Hurts 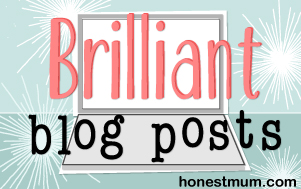