No one can be uncheered with a balloon. But what if it pops? 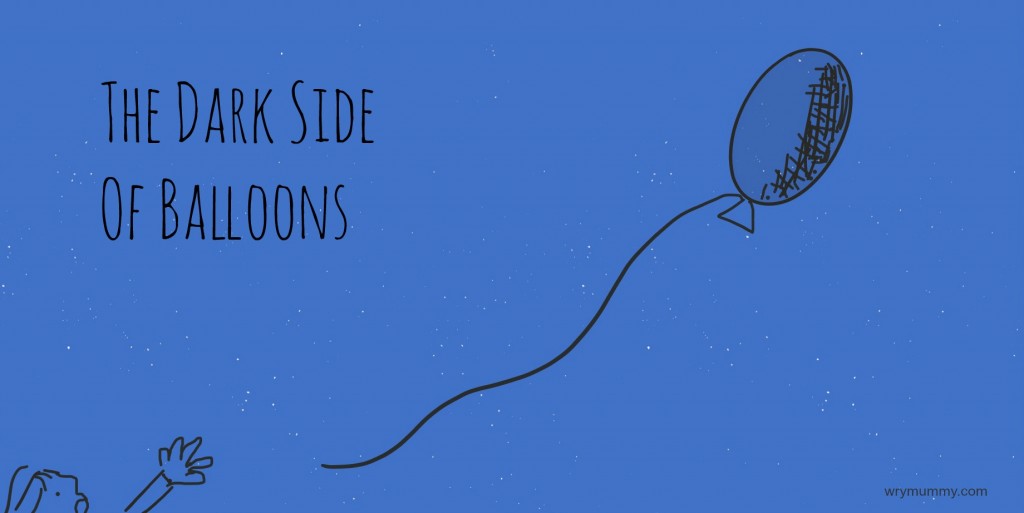 Balloons never fail to delight. From your deluxe helium number to a pound-shop multi-pack, they make children happy beyond compare.

But they have a dark side. They play with young girls’ hearts. They bring little boys to tears. They leave you.

Deflation: Nothing says the party’s over like a limp balloon. They mostly have the grace to pop off during the birthday celebrations, but you’re always left with a couple of stubborn little suckers that hang around deflating in their own sweet time behind your sofa.

Parental disposal: I have a confession. I cut balloons. Yep, that’s right. I get my kitchen scissors and I snip those balloons I’ve been kicking around since the party. I just want them out of my hair. In my defence I only do it when the boys have lost interest in playing keep-uppy with them, as they do after a few days.

But I made the mistake of doing it in front of my sister the other day. I didn’t realise she was there as I stood over the bin about to throw away the evidence.

“Oh,” she said. I started. “Harry [her toddler, who was there too] loves balloons.”

“I’m so sorry”, I garbled. I felt as though I’d been caught strangling a duckling. The moral of the story? Don’t get caught rubber-handed.

Floating away: “That’s where we lost the blue balloon,” my sons will say, looking dolefully up into the sky. They’re right, at this particular point on our walk home, they did indeed lose the remaining helium balloon we’d been given at some restaurant or other. I can’t quite remember which, because it was TWO YEARS AGO. Yet still, that corner of our road is known as the place we lost the balloon. There’s no sadder sight than two little upturned faces looking on helplessly as their bright shiny new balloon goes floating away up into the ether.

“Is there a balloon heaven?” my five-year-old asked.

“Of course, darling,” I said, a tear forming in my eye.

POPPING! I saved the most obvious for last. The mainstay of the You’ve Been Framed archive, a popping balloon is always a surprise, even if you’re sitting on it at the time with your full weight. It’s pretty funny, but mainly it’s sad, happening, as it usually does, within seconds of your child being handed a balloon.

Am I wrong to cast this innocent party accessory as a mask of evil? Maybe a little extreme. I don’t want them to mourn the one that got away, to jump out of their poor little skin when one pops in their face, to relive the sadness of that loss when they walk past a certain tree. But it’s a pretty gentle introduction to the concept of earthly fragility. Balloons may not be able to teach my children everything about love, loss and regret. But it’s a start.

If they dream of a heaven where they dart about merrily amidst unpoppable, unfloat-away-y balloons, safe from their mother’s bacon scissors, who am I to burst their bubble?