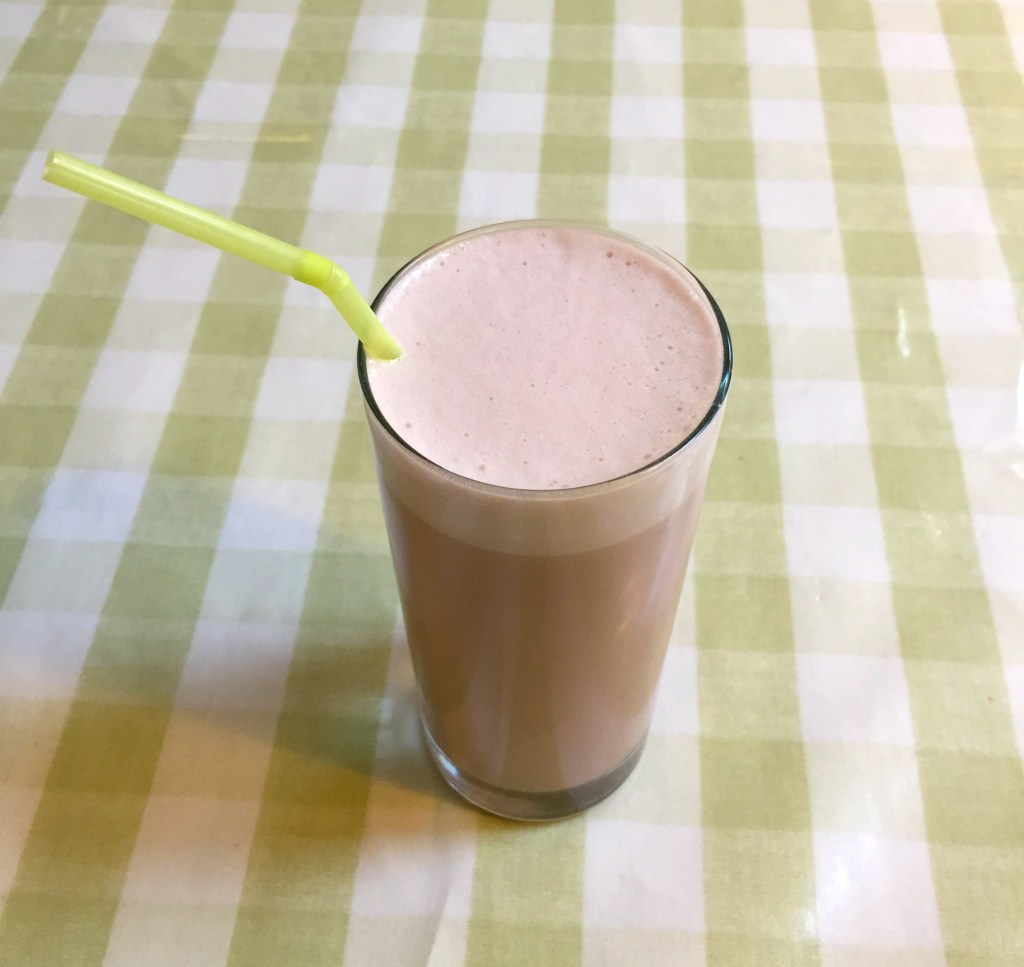 We’re all fussy eaters, one way or another. The only difference is, as adults, we learn to eat up without a fuss. Children are a different matter, as anyone who’s tried to coax one pea – “just ONE pea” – into a resistant mouth knows all too well.

I have three children and luckily only one I’d class as a bit of a fussy eater, which is a pretty good strike rate. I generally manage to get by feeding him fortified cereal and the three vegetables and fruit he will eat. But this time of year, when colds and viruses are rife in school and the children are tired approaching the end of term (even though it’s still weeks away), I worry that they will get run down.

Of course, this galvanises me to supplement their diet and we’ve had some success with chewy vitamin sweets. But when PaediaSure sent me some of their nutrition shakes, I was keen to try them out. These powdered shakes offer a broad-spectrum nutritional supplement, with a range of minerals in addition to the vitamins you would expect.

The challenge was to get it down my son’s throat.

As anyone with a fussy eater knows, this requires some skill and subterfuge. I have many times been seen triple-blending vegetables to try and remove any “green bits” from my “hidden vegetable” dishes. I even tried to pass off mashed avocado and broccoli as pesto once – you can imagine how that went down.

So I am well used to finicky, secretive preparation, and the faux-casual presentation required to fool them into putting whatever it is to their lips.

I had a few false starts. He was keen to try the strawberry one, but I ruined it by adding a dash of milk – you only have to mix it with water, and I didn’t realize how surprisingly creamy this makes it. The milk made it too “milky”, apparently.

The chocolate one was quickly dismissed as he is not a big fan of chocolate anyway. A Haribo-flavoured one might have worked, but as it was, mummy ended up drinking it. Being the family chocoholic. I enjoyed it, at least!

My last shot was the vanilla one, and I thought carefully about how to get it past the end of the straw. I was lucky enough to receive a Nutribullet for my birthday recently and I was using it to make the shakes. It gave them a lovely frothy finish that made them look just like ones you’d get in a cafe – as I pointed out to my children. The powder dissolves easily just with stirring but I’ll take any excuse to play with my new toy. 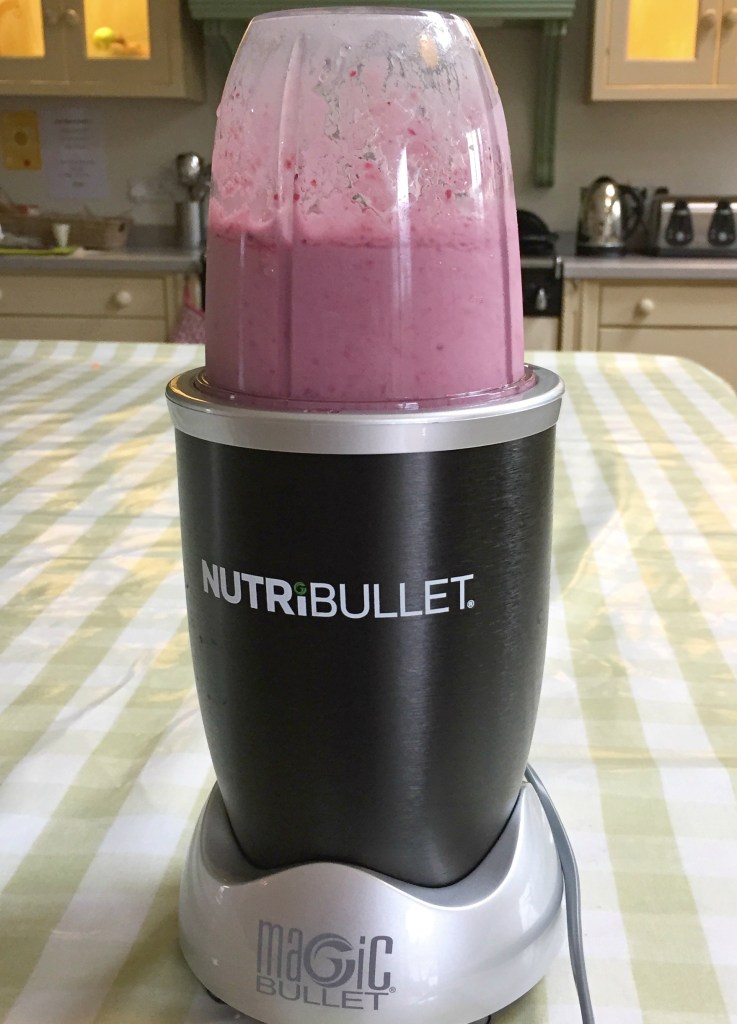 I hit upon the idea of blending the powder with ice cubes, half water, half apple juice and a few frozen raspberries (the only other fruit that he is prepared to eat, but very expensive to offer every day, especially out of season).

Reader, he drank it. 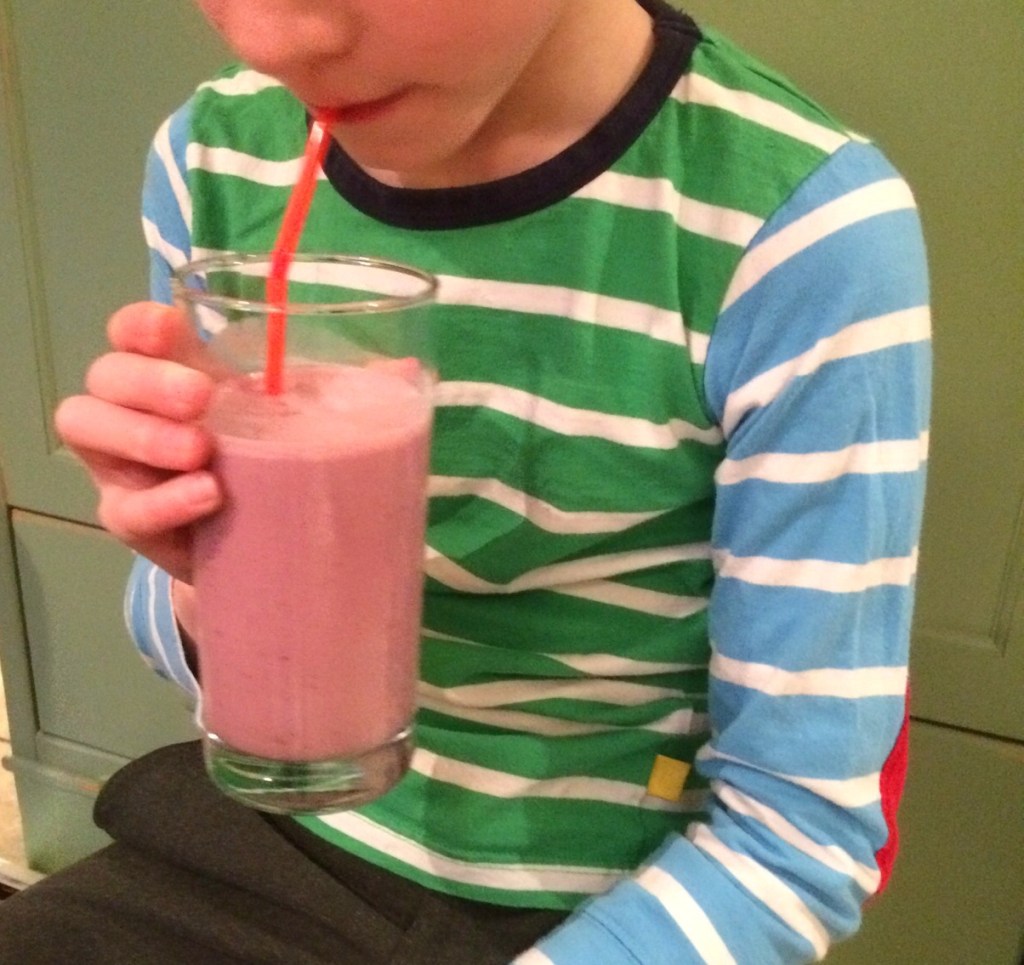 What are your stealth-nutrition secrets?

I was sent three PaediaSure shakes for review. All words and opinions my own. 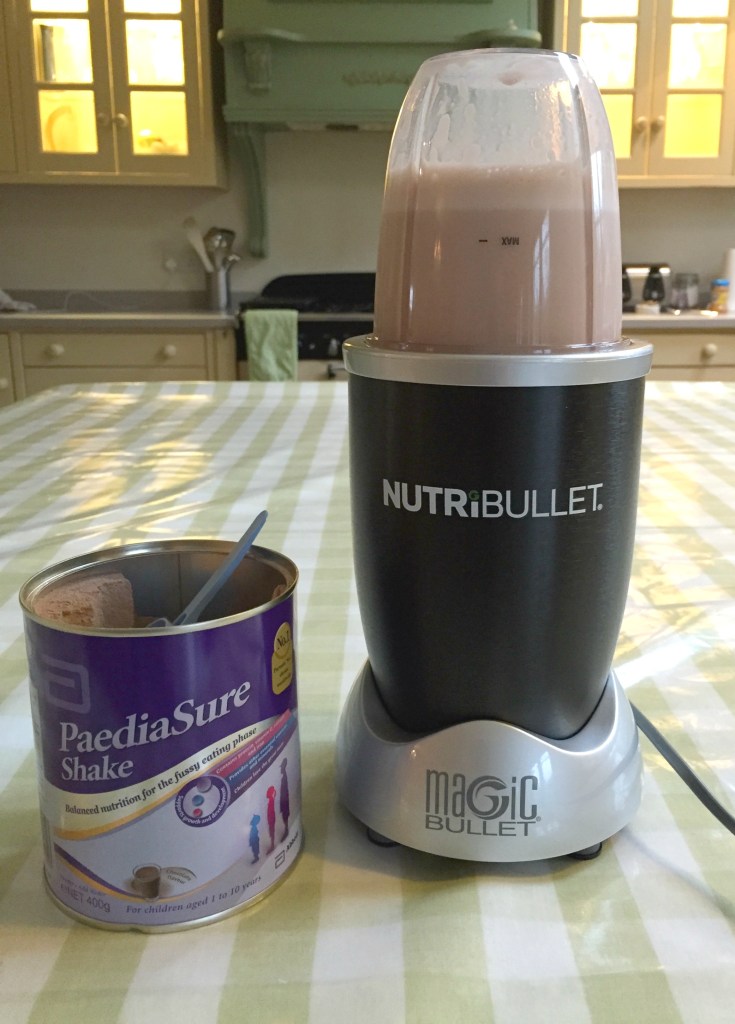