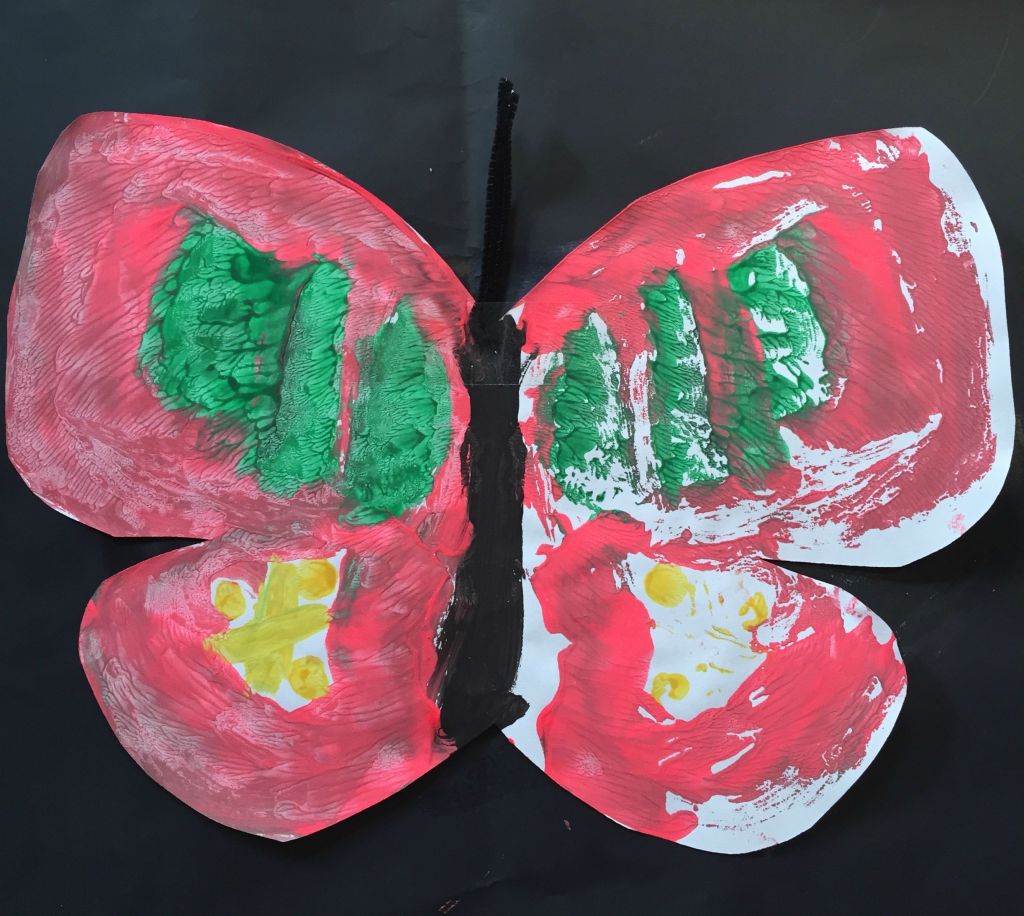 The first time crayon touches paper is sacred. What could be more precious than your child’s first work of art? But what about their 500th? Do you keep it – or bin it?

My child’s handprints in paint at a few months old are one of my most treasured possessions. But his 100th drawing of a shark doing a poo? Not so much.

I am a sentimental type, keeping everything from my babies’ childhood in a combination of the rather maudlin belief that I will regret it if I don’t, and laziness. There are piles of foolscap coloured paper all over the house, surrounded by dustings of glitter and un-stuck macaroni pieces.

Because it’s always oversize, isn’t it? They can’t just work their arty magic on a nice bit of A4 that would fit neatly in a box file, no?

And the stuck on bits! That make the pile all wonky and don’t stay stuck on anyway?

Don’t get me wrong, I love it when they show me what they’ve produced at school / nursery. Mainly because it’s so cute, but also because I didn’t have to do it with them.

But over the summer, with our screen ban and all (five weeks now!), we did loads of creating, which made me feel very virtuous and craft-y. But has left me with a great big pile of stuff that has put me in the tricky situation:

Repeats – my son really does draw a lot of sharks doing poos.

Anything with glitter – it all falls off in the drawer / box / portfolio, leaving a blank piece of paper with the faint glisten of glue daubed across it. Not really an indispensible record of your child’s cultural evolution.

Colouring in – unless it’s truly awe-inspiring or the first time they kept inside the lines, I don’t keep colouring in, because it’s not their own creation.

Things where I don’t really know what they are. (Obviously my toddler is exempt from this.) I’m no art critic, and in the main, think everything my children create is wonderful, but if it’s just a page coloured in dark green? I feel justified in chucking it.

Whatever you decide, and I cannot stress this enough, don’t forget to LABEL! I have so many uncredited masterpieces I now name and date before the paint’s even dried.

The ones I’ll be buried with

My Mother’s Day cards, and anything with “mummy” written on. Even if it’s a portrait of me looking like a gremlin.

What’s your storage strategy? Are you sentimental or selective?