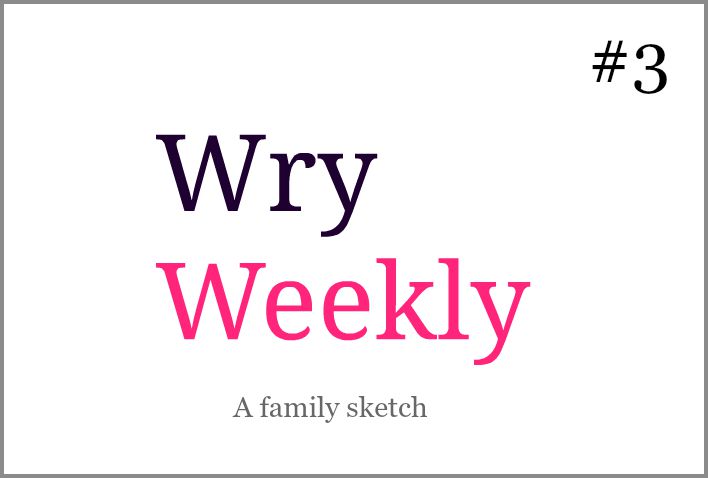 “Can we look at the pond?” my little one says.

“Of course, darling,” I reply.

I look down in wonder at his little head as we start to cross the green near pre-school. I still find it amazing when he speaks in full sentences. Almost like a big boy.

The September sky is a brilliant blue and there is real warmth in the air. Who wouldn’t want to go to look at the pond? But it’s a sign of growing consciousness in a toddler, I think, to be moved by the beauty of the day to suggest something that isn’t right in his eye-line. Asking for crisps because he’s seen them in the cupboard, yes. Jumping in a puddle right in front of him, obviously. But this is a real change. He is approaching the very end of his twos, and becoming a creature of imagination.

“Look! A conker!” My excitement is real. I love autumn, and it’s a delight to share it with my youngest, who probably doesn’t remember conkers from last year. We have been talking about autumn leaves and colours, but a conker is different ­- solid, rich brown, glossy, something to put in his pocket. Which he can do by himself. Which makes me want to cry and smile at the same time.

We spot a beauty – I stamp on it to break it open. I love the satisfying softness of it.

He picks up a little stick to throw in the pond. Then he lies back on the grass, shielding his eyes from the sun – exactly what I wanted to do too, but so unlike a small child. I lie down next to him, my head on his coat. The grass is damp but I don’t care. I gently but firmly hold his arm with my outstretched hand, reassuring him that I am there. Reassuring myself.

“Dragonfly!” he cries, lifting his head, but not getting up.

The pond is alive with dragonflies darting above the great waterlily leaves lying motionless on the surface. Thin grass stands in two small circles just in front of us. At the base of each blade, the water glistens as though someone has thrown in a handful of diamonds that float and glint a brilliant white in the sunlight.

I tell my son what the waterlily leaves are called and that they have flowers too in the summer, but he is more interested in the wildlife.

“There’s two ones,” he says pointing.

He’s right, two dragonflies are joined together, a green one attached to the tail of a smaller reddy brown one, locked in a jagged kind of dance. We watch, fascinated, as the top one lashes the back one up and down, dipping its tail in the water and flicking it up again.

“They’re chasing each other!” he says.

“Yes!” I agree, enthusiastically. The word “mating” makes me shudder, and he’s only two. It’s always a bit of a shock when the rural idyll is shattered by creatures thus engaged. I discover later that the dragonfly’s mating ritual is particularly brutal and persistent; one factor behind their impressive resilience as a species. They have been around for 300 million years. But an adult only lasts about four months.

We walk back past the chestnut tree. The dragonflies will be gone in a few weeks.