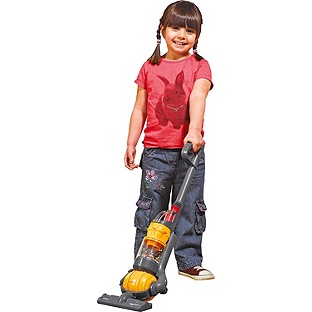 Mum’s banging on about giving up chocolate for Lent – like that’s a big deal! We could give up way better things than that. Like spraying her hand when we’re weeing al fresco! The list is endless!

Things We Could Give Up For Lent

Pretending not to hear a thing mummy says. Especially when she’s doing that weird counting out loud thing. You know, “ONE…TWO…THREEEEE!”

Remembering everything mummy says and throwing it back at her. E.g. You said if I turned off the TV this morning I could have the IPad and a whole packet of Chocolate Fingers and five gold stars after school. And Pombears.

Loo-bombing: urgently needing the loo at the beginning of every meal / middle of any journey or supermarket / end of mum’s tether, despite having been asked repeatedly if we needed it.

Crying when given food. Even though it’s the exact same thing that yesterday we cried about because there wasn’t enough for seconds.

Crying when not given food. Asking for a snack is like breathing for us.

Throwing our food, complete with plate, on the floor to signify the end of a meal.

All shouting at mummy at the same time, all the time.

Screaming if the TV is obstructed. Ducking and diving around whatever hapless body part of mummy’s is spoiling our viewing pleasure for one microsecond, even if it’s to hand us the snacks we’ve been baying for.

Wading in mud at all opportunities. Especially on the way IN to school.

Taking 20 minutes to get from car to chemist, a distance that would take mummy on her own 60 seconds to cover.

Grabbing poo-ey nappies mid-change and trying to brandish them around our head. Mummy’s reflexes aren’t what they were.

Mishearing mummy. When she says, ‘It’s time for school”, she’s clearly saying, “It’s time to take your trousers off, turn the TV back on, and get all the Lego out.”

Mistreating mummy’s person. Whacking her on the nose with a flat palm, elbowing her in the boob, flicking her with a stuffed snake, punching her on the bottom…

Mixing up all the toy boxes after Mummy’s Big Sort-Out. The one that took a whole week and made her flushed with an inner pride. We don’t care if we can’t find a toy easily – we just tip them all out and swoosh them round every floor in the house.

Coming back downstairs after we’ve had bedtime stories, cuddles, tickles, songs, hair-stroking and kisses, and frightening mummy into spilling the wine she’s pouring.

The night-waking tag team. If it’s not one of us, it’s another. Sometimes it’s all of us, all at separate times.

You Love Us Just As We Are

We could give any of these things up in a flash – but we won’t. Cos we’re kids! Besides, what would our parents do with themselves all day?