When you’re three, the world is your toilet. 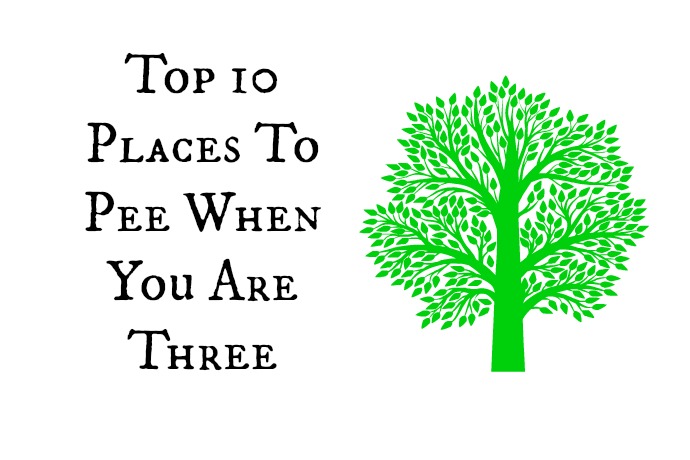 It all started when we were potty training. I was so pleased that my son gave me any notice at all before weeing, I was happy for him go pretty much wherever we were. Needs must and all that. But now, despite his much improved bladder control, he still feels he has a licence to wee at all times and in all places.

Got a licence to wee.

Nothing beats an alfresco wee.

What’s the funniest / most embarrassing place your toddler has weed?