Can you channel Maria in real life? 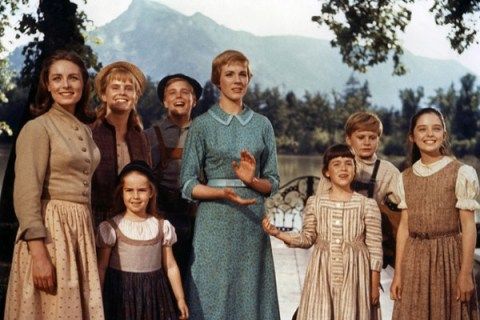 It was the bit where Maria comes back from the convent and the children, who had till then been dolefully singing and one by one breaking off in silent tears, hearing her cheerful voice joining with theirs, run ecstatically to greet her.

“Would you like a nice lady to look after you?” I asked my eight-year-old son, who was sitting next to me.

There was a pause.

I’d like to think he was struggling with the finer points of his conscience. But since no answer came the swift reply, I realised he was just ignoring me because a TV was on.

Still, despite realising I was shamelessly fishing for scraps here, I persisted: “Well, would you?”

There was no intonation there. At least he didn’t say, “BUT we’ve got you”, thus ruling me out of the running entirely. But neither did he say, “You ARE a nice lady, mummy.”

Of course, I’m used to this. He hasn’t let me kiss him for a year now, although I still manage to sneak them in. (They are immediately wiped off with more force than is strictly necessary, but I try not to be offended.) You don’t get much positive feedback from some kids, and that’s just how it is. I know it’s not all of them because my other sons are still quite affectionate: they say, “Mummy? You smell,” at least five times a day, but served with a winning grin, I’m chalking that up as a compliment.

Anyhow, I am left with the familiar feeling that once more I have failed as a parent. I am not fun or nice like Maria, and certainly don’t have her teeny tiny waist. This is quite hard to take at the end of a Christmas holiday where I have been niceness and fun-ness personified, as far as I’m concerned. They’ve been allowed to totally trash the house, bounce on my nice sofa, use all the bedding in the house for “stair-slides” – the game with no winners. I’ve played Monopoly. Several times!

And never mind all the presents!

During the usual mealtime altercation, where I am vilified for asking my son to eat his tea within a time frame of less than one day, he tells me I’ve ruined Christmas. I am so wounded I grasp at straws.

“What about all those nice presents I bought you?”

He shrugs, and continues to non-eat his food.

I know he didn’t mean I’d ruined Christmas. But to be channelling Maria and giving off Scrooge was a bit of a blow.

Since The Sound of Music incident, I’ve been focusing on my Maria-like qualities – smiling kindly with twinkly eyes, breaking into song, properly playing with the children, making their clothes out of curtains…(spot the odd one out). It’s easier to be like that in the holidays, but now they’re back at school. They can’t stay up late or stay in their drapes till noon. How did Maria make them do their homework?

I fear I will forever be caught in the von Trapp of parenting: whatever you do, you feel like you’ve failed. You just have to hold onto those golden moments when one of them tells you you smell of poo.